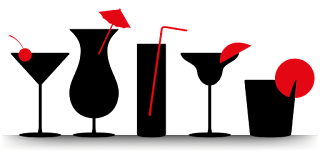 Arm in arm Katarina and Gerry walked silently through the park towards a bench that sat in the early morning sunlight.

"Come on now, Gerry. We'll just have to adjust. No other choice, you know. We both loved Mona and that will go on," Katarina spoke first, breaking the quiet between them.

"It's only been a few weeks," Gerry replied. The loss strained her. "It was hard to see the urn, and know that Mona was somewhere in all that dust." Her free hand flitted out for a moment like a bird's broken wing then returned to her side.

Katarina tightened her grip upon Gerry's arm. The two faced one other. Katarina started to speak, then hesitated. She stared up into her friend's tired green eyes. The lines beneath them were getting deeper. Used to be such a strong-boned face Katarina thought then reached up to touch her own face. She automatically examined her hands for traces of finely ground face powder.

"Just think, Gerry, of the possibilities. Mona maybe will come back in a new form! I bet she'd figure out a way to do it, too!" The absurdity of Katarina's comment caught Gerry off guard; unexpected laughter rippled out.

"Sure, Katarina, sure ... maybe she already has," Gerry looked around her, "maybe she's one of those fat pigeons on the walkway, just waiting for two old ladies like us to feed it!" Then she caught sight of a young couple beneath the umbrella-like shade of a nearby Willow tree. She carefully raised a forefinger and drew an imaginary line to the tree's trunk.  "Katarina, do you see what I see?" She asked the smaller woman whose pixie head swam above her coat's wide and high collar.

“Are they? No. They're awfully close ... do you think right here in the park? Oh my, it's hard to tell from here." Gerry, whose sense of sight was sharper than Katarina's.

“Gerry, do you think they really are …?" Unwilling to admit that she couldn't see that far away Katarina suggested Gerry get a closer look. As her friend set off in the tree's direction, she settled into the curve of the bench and stared at her brown shoes until she noticed a shiny plump pigeon standing only inches away.

"Don't come here," Katarina muttered. "I don't want to be bothered. Go away ... I don't have anything!"  She watched the bird meticulously peck at its feathers. A chill came over her as the bird stared at her, its blue-black eyes piercing right through her.

The bird just stood there.

"Mona?" Katarina mustered up the courage to whisper, "Are you Mona?" Half-frightened by the possibility she quickly looked away.  Why was Gerry taking so long?

Near the tree, Gerry jumped when the young man rushed out from beneath its protective limbs.  "Are you a spy or just nosey?" Flustered, Gerry started to apologize then turned around and headed as fast as she could back to Katarina.

"Between that impertinent young man and that damn sun slicing up my view, I couldn't make out what was going on." She spoke between breaths.
"Hmmmm" Katarina's attention was divided between listening to Gerry's report and watching the pigeon waddle back to where the other birds were. “It’s time to go.” She stood up and linked her arm again through Gerry's.

They merged onto the park's pathway. Newly expanded, it led them towards the downtown area where for years the three of them enjoyed Sunday brunch. Without exchanging so much as one word, they walked through the low-ceilinged bistro’s revolving glass doors.

"Shouldn’t we find someplace new?" Gerry hesitated as they stepped onto the lapis blue carpet.

The hostess asked where Mona was as she led them to a table set with peach and lapis blue pin striped napkins folded to resemble three pronged crowns. When Katrina said, “she’s gone” the young woman nodded over her words. “A vacation? Lucky… I’ll tell the waiter to bring your Trinities.” She returned to her hostess stand.

"Let’s not bother explaining,” Gerry tried to smile as she eased herself into the chair.

“When our drinks come, let’s toast Mona shall we?”

“It’s her drink, after all.” Gerry replied as the waiter appeared with a basket of rolls and butter and the champagne, cherry juice and ice cube concoction Mona introduced to the place when they first came there.

Under its influence, Mona told the bartender and her friends the Trinity was a perfect blend once the ice – the Holy Ghost part of the Holy Trinity she named the drink after - melted. She also explained that if she were a part of the trinity would have been the Holy Ghost. "Because," she whispered," it’s free.”  Unlike the rest of the trio, it could become part of anything, anywhere.

Gerry fingered the rim of her glass.  "Mona and her religious nonsense! Say, Katarina, do you remember when she left the Church?"

Katarina grinned. "Let's see, it must've been, oh, ten years before the Church even knew she was gone."

"She had to leave… prayer could never satisfy her. If you ask me, unlike you and me, the rules held her down.” Gerry tapped one finger on the table.

The women toasted their friend then sipped their drinks. Katarina frowned.  "Mona had a mind of her own and wanted to use it. No place for that in the pews. I think she was happiest, most at ease with herself without the rules ... more ..." Katrina fell silent without finishing her sentence.

"Awful.’’ Gerry grimaced, then quickly added, "The drink, I mean. Not enough champagne.” She looked at the waiter but could not get his attention. He was leaning into the hostess’ words.  Gerry was about to get up when she noticed the flush on Katarina's face.

"Now, Katarina, don't get flustered. This was her drink and somebody’s changed  it!” For the second time she walked towards a young man and woman huddled together.

“Excuse me, there’s something wrong with our drinks,” she said.

“I’ll be right over.” The waiter shooed her away.

“Well!” Gerry raised her eyebrows in surprise as the pair reclaimed their conversation. “No respect,” she huffed and sat back down. “This is no way to be treated. Mona wouldn’t have stood for it. Neither should we.” Gerry seethed.

With a thin-lipped smile the waiter came over and asked in his mechanical voice, "Can I help you?" Feet placed firmly together, stomach pulled in, he glanced past them as he waited for their response.

"Do you have time to help us?” Gerry glared as she continued, “Either my taste buds are failing me or that drink was diluted." She pushed her glass away. Katrina did too.

“Diluted? No.” The waiter pulled back his shoulders. “The bartender just put in more cherry juice. He figured less alcohol would be better.”
“Better?” Gerry snarled. “We aren’t dead and we sure don’t need you or anyone else telling us how much alcohol we should have! Of all the nerve.”
Katrina reached across the table and grabbed hold of Gerry’s shaking hand. “You know, Gerry, the weather outside is perfect. Why stay here where we aren’t wanted?” Her words lightly soothed Gerry twitching lips.

"You’re right. This was Mona's favorite place and she's dead!” Midair, the words caught them both.

Unaware of having crushed her cloth crown napkin, Katarina reached her other hand out to Gerry. In a complete grip, their fingers meshed, bridging each other’s gaps.

“Are you ready to order brunch?” The waiter asked.

"Yes, I believe we are!" Gerry snapped. "I'd like a ... well-done Sunday afternoon with a dear friend. What will you have, Katarina?"

Katarina inhaled just enough air to extend the elastic waistband of her dress. "The same. But let’s add a few  of these French rolls," she hesitated, “You see, I met this pigeon in the park today. I think it could’ve been the Holy Ghost," Katarina's face lit up.

"Really?" Gerry grinned. “Let’s find out, shall we?” And as easily as they had come in, they went back out through the revolving glass doors.

Alcohol -fermented beverages - have been around ever since people learned to process wheat, barley rye, grapes and other grains and fruits.  Here are a few folkloric words of advice about drinking it:

What butter and whiskey won’t cure, there’s no cure for.
= He who drinks water does not get drunk.
= To drink beer in a shop denotes prosperity.
= Drink is the curse of the land: it makes you fight your neighbor, it makes you shoot at your landlord, and it makes you miss him.
= If it’s drowning you’re after, don’t torment yourself with shallow water.
= Spilling wine is a bad omen.

= Mimosas – a mix of champagne, wine and citrus fruit juice were invented circa 1925 in the Hotel Ritz Paris and was most likely named after yellow Mimosa flower.
= Gin was known as London’s Demon drink. The city had many gin houses in the 18th and 19th century, because it was cheaper to make than beer and could get you drunker more quickly.
=Whiskey is the Gaelic word for "water of life."
= Grog, a diluted version of rum, was created by Admiral Vernon, Commander-in-Chief, West Indies Station, so that his sailors wouldn’t get so drunk while at sea.
=Wine was said to have medicinal qualities for ancient Persians when it was discovered that discomfort and fatigue of a Persian woman were relieved after drinking a jar of fermented grapes.